Though video has long been the sensor of choice for much of the physical security market, the reliable use of associated AI when these cameras are deployed has been a significant challenge. Despite working well in controlled environments, video’s AI accuracy falls below acceptable thresholds with varying lighting conditions, weather, and at longer ranges. The industry has focused on sensor fusion– the ability to get additional sources of data to inform the AI models – as an answer, but until now, these solutions have had limited success in real-world environments due to cost or the challenge of making the data work with existing models and security infrastructure. Oyla was formed to address this challenge.

“We noted that while many physical security customers initially started using analytics with their video, most of them turned off the analytics after only a few months. Customers suffered from too many false positives or insufficient capability in varying conditions,” said Srinath Kalluri, CEO, Oyla. “We realized we could solve this by combining our expertise with depth sensors with unique system enhancements to fuse 3D and 2D video within the existing infrastructure. The resulting system cost is 5X lower than other sensor fusion solutions on the market, so we are seeing rapid adoption by the industry.”

Manufacturers in the security and business intelligence markets have long envisioned adding LIDAR, or 3D imaging, to mass-market video surveillance cameras but failed due to cost and complexity. Today, some LIDAR manufacturers claim their technology can be repurposed for video surveillance and perimeter detection, but unproven and expensive solutions have not seen industry uptake. Oyla’s technology offers an affordable camera platform that integrates LIDAR and video at the hardware level, fusing 3D and video data to achieve the highest reliability levels in a unified model.

“It’s rare to find a solution like Oyla’s that unlocks timely and innovative features while slashing costs for customers, so we’re seeing customer demand spike,” said Sunil Nagaraj, Managing Partner, Ubiquity Ventures. “This market is forecasted to exceed $90 billion in the next five years, and I believe Oyla’s solution is transforming the trajectory of this industry.”

Oyla is a sensor fusion and AI company dedicated to mass market availability of 3D and AI solutions for physical security markets worldwide. The company fuses powerful visualization technologies into a single, cost effective form factor and provides reliable analytics, giving business leaders the insight they need to secure their people and assets. Oyla is working with leading OEMs and integrators to make its solutions broadly available. Founded in 2018, Oyla is headquartered in San Carlos, California. Follow Oyla on Twitter at @oylainc, and find more information at
https://www.oyla.ai
Media contact:
Rhianna Daniels
603.591.7209
rhianna@compassintegrated.com 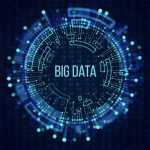 Why 3D is the Key to Unlocking Vital Video Surveillance Data 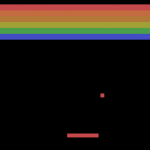 The Evolution of Spatial Intelligence in Security 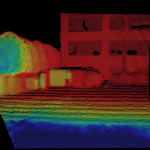