Why 3D is the Key to Unlocking Vital Video Surveillance Data

Data is so big we are now talking about it in terms of zettabytes.

According to forecasts made by the IDC, the digital universe should now be comprised of around 40 zettabytes, or 40 trillion gigabytes. That equates to each person on earth producing an average of 1.7 megabytes of data per second.

It is proof that data is, quite literally, everywhere. Commonly dubbed the new oil, it is an infinite resource (assuming we have the storage capacity to house it) that is adding tremendous value to businesses in almost every industry.

In my realm of video surveillance, this is certainly the case. This year is expected to see the one billion mark passed in terms of the number of surveillance cameras deployed around the world – here in the United States, there is a one camera installed for about every five individuals.

They have proven themselves as vital crime-solving and crime-deterring tools, providing commercial and residential beneficiaries the important peace of mind that their property is safe.

And thanks to artificial intelligence and video analytics technologies, video surveillance systems are becoming smarter – they can automatically flag unusual activities in real-time, greatly increasing the likelihood that such scenarios will be resolved or not escalate into serious criminal activity. However, there is so much more value that can be obtained. While great strides have been taken to improve the reliability and accuracy of AI and video analytics solutions, there are still problems when it comes to delivery in the real world.

The sticking point has and continues to be around the quality of the data, the million-dollar question being: How can these systems find and present the data that is needed to make your business safer and smarter?

The answer, while not simple, lies in a fusion of artificial intelligence, video and what I believe to be the missing piece of the equation: 3D.

My interest in 3D began with an early fascination of light. Of all the physical phenomena in the world, light is the most mysterious. There were a lot of power cuts where I grew up in India, and we would often end up killing time in the courtyard waiting for the lights to come back on. My father taught and carried out research in electromagnetics, and he would explain how things worked. I remember him telling us about the wave-particle duality of light and the stories of the people and controversies behind 20th-century physics.

So, where does 3D fit into all this? In short, 3D surveillance technology can overcome issues that inhibit conventional video cameras – variable lighting, occlusion and the true distance and scale of objects. 3D sensors can pick up additional high-quality data, operating via its own infrared illumination which gives it the ability to work in complete darkness. It can also be used to define very accurate intrusion detection perimeters across a field of view up to a 50-meter range.  These advantages are amplified when 3D sensing is fused with video and augmented with an AI-based video surveillance system.

In today’s context, one which continues to be dominated by social distancing protocols amid the ongoing coronavirus crisis, 3D-powered solutions can count people in a gathering, in workplaces, or on the street, and detect the space between them. If an individual’s contacts need to be traced, this could prove a vital and powerful tool.

Be it social distancing and people counting or intruder detection, adding 3D to a video surveillance system is all about developing the deepest understanding of the scene under observation, regardless of physical location or time of day. By gaining vastly improved access to (higher quality) data through an AI-video-3D combination, organizations can detect and count people, cars, and other objects with greater precision than a more conventional counterpart. In a world where data is the new oil powering our enterprises, the opportunity lies before us to make our world a safer place. Improving the quality of our surveillance systems is just one way that data can help make this happen. 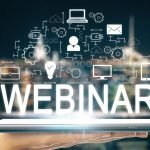 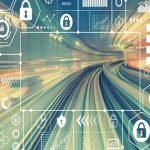 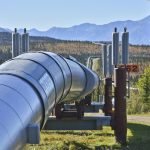 What Are The Security Challenges Of Protecting Critical Infrastructure?